My son is making progress and I'm pissed

I have shared recently the progress our son has made working through and overcoming some of the obstacles and challenges he faces due to his autism.  Some responses have been negative noise claiming we are trying to change our child.  I know our intentions and I know my son, so I ignore those.  Most responses have been positive and many are cheering him on.  But one response that has been all too common and most misinformed when sharing progress is the well-meaning celebratory, "I'm so glad kids with autism have so much help these days" or something to that effect.  But, really, they don't.  When it comes to helping individuals and families affected by autism we are so many lightyears behind where we need to be it's despicable.

Don't get me wrong, I am grateful for the progress my son has made over the last few months, but another part of me is angry and disgusted it took moving across the country to finally get him the help he needs.  We are a military family and thus in a unique position in which we experience services and education differences from state to state on a regular basis.  Since our son's diagnosis we have lived in three different states.  He is five and was diagnosed at three years old. 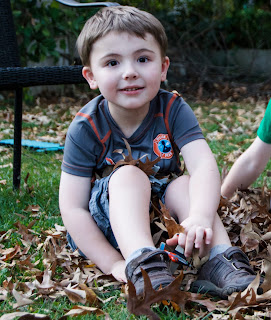 To those who would say simply get out of the military and live somewhere with decent services: I would say getting out of the military would mean we would lose one of the few insurances that cover autism services at all.  While advocacy groups are working towards insurance reform, there are many individuals with autism whose life-changing outpatient services are not covered by insurance.  Many insurances that will cover therapies to assist those with physical disabilities will not cover those same therapies for someone with an autism diagnosis, even if their autism impairs them just as much as a physical disability.  Most families cannot afford to pay out of pocket for these services so their children go without.  Those of us who are lucky enough to have insurance that covers various therapies have to jump through constant hoops to keep those services.  In our case, for instance, Tricare has just come down with an entirely new protocol for our children to receive ABA (Applied Behavior Analysis, behavior therapy).  Part of that new protocol is my physician reassessing and verifying my child's autism and and the severity of his autism every five months (you know because kids so often grow out of severe autism *rolls eyes*).  With so much red tape, there is a backlog of authorizations and lapses in services occur.  These lapses often occur during critical times when our children are most likely to regress (like after a move when we have to go through this entire process again).

Every time I make yet another phone call to check on an authorization or to ask for the status of a referral (while my child goes without therapy for weeks/months as our insurance drags their feet on approval) I think of how many parents do not have the time or energy or knowhow to do this.  I think of how many families whose children are covered but the system is so damn complicated their parents have lost hope for their child to ever get what they need.  I think of how many parents have hung up the phone in tears after waiting for an hour on hold for answers they will never get.  It may be better than it was ten years ago, but this is still NOT a workable system.

Beyond the problems with insurance and costs is the issue of availability.  There are so many families in rural areas and even those that are just outside of metro areas who cannot access services without driving two hours each way.  Even in metro areas families are looking at months or sometimes even year-long waitlists for their kids to get the therapy they need.  Imagine your child not being able to feed himself or dress himself or communicate with you.  Imagine knowing there was something out there that could help him, but having no way to access it due to cost or where you live.  Many have picked up their entire lives to move to states with better services, but that's not plausible for everyone.  And how many parents would have to move away from their entire support system that special needs families so desperately need just to get services?

Our special education system is even more broken than our health system.  From one state to another the disparity in public education and district services is enough to make me sick.  School districts think they are saving money by curbing the amount they spend on early intervention and preschool services, yet this is the time when our children can benefit the most from services.  And yet we have governors calling for even deeper cuts and some calling for the elimination of their entire early intervention programs.  Our leaders and their constituents are completely disregarding the fact that without that essential early intervention and spending they will be spending even more on their special needs population as they get older and are less equipped to function in the world around them.  Until current federal IDEA regulations are enforced in every state, our children will still be far from getting the help they need.  How can we say things are better when over half our population is still going without services or receiving so little that it doesn't make a difference in their lives?

Individuals in the autism community fall victim to a broken mental health care system as well.  Autism is often accompanied by comorbid disorders (like anxiety disorder or bipolar disorder, to name a couple) that require psychiatric care and/or medication.  Finding professionals to treat children or adolescents with these issues is next to impossible in many areas of our country.  As a result, families can be enduring a true mental health crisis with aggression or suicidal tendencies and have absolutely nowhere to turn.  Pediatricians will not medicate with psychiatric medications and wait lists for child psychiatrists and developmental pediatricians can be years long.  What is one to do when their child is a danger to themselves or siblings and no one will treat them?  It's a very real problem that far too many in our community are facing everyday.

Since moving to a state with preschool services our son has thrived.  Since pushing and calling and pushing some more our son is finally getting the amount of in home services he should have been getting all along.  Since moving to a metropolitan area this time around we finally have access to a developmental pediatrician that is helping him work through all of the mental health issues that so often go hand in hand with autism.  He still struggles everyday, but now it's a battle he at least has a chance of winning.

I look back at the time lost and it makes me angry and fills my head with what ifs regarding where my son is today.  I think about that huge percentage of kids on the spectrum not getting the services and education they need and I can't help but think what if... What if every child on the spectrum had access to occupational and speech therapy?  What if every autistic child had a school system that supported them and had the funding to back educators and therapists that could make a difference in their lives?  What if every parent trying to get in home behavior and developmental interventions for their kids didn't have to spend ten hours a week on the phone just to be pointed in the right direction?  What if every individual with autism who had underlying mental health issues had access to a psychiatrist early on that could help them and their family through the darker days? 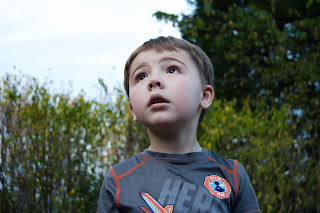 The numbers are in and autism is not going away.  How can we move forward when an entire subset of our population does not have the supports in place that they need to be as successful as they can be?  How different would their lives and their family's lives look if that support was there?

So, no, I'm not happy that there are now so many more options and therapies for our kids with autism.  It's not good enough...not by a long shot.  This is the reality of the situation and it sucks.  What good are all of the life changing therapies in the world if no one can access them? Too many in our community are hanging on by a thread and we are far from "there" when it comes to the support and help we need.  They deserve better.  That is the reason we are loud about autism advocacy.  That is the reason I am angry about the current state of autism services and supports.  And as an advocate, as a citizen, as a person it should make you angry too.