When the Dust Settles

So we are in our new home in our new state and the dust has settled.  We do not yet have everything in place, but I am quite confident that anything not yet placed or hung will remain in boxes until the next time around.  We actually have multiple lamps placed around the house that are still without lightbulbs and not plugged in.  They will most likely stay that way.  Seriously, who wants to buy light bulbs you can't take with you when you move again in less than twelve months?

The children are adjusting to their new schools (or trying) and their new climate.  Our oldest is pretty miffed that he was told we would play outside here more and as of yet, it's been too hot and too buggy to enjoy the outdoors a whole lot.  Our youngest just turned one and she seems content and oblivious to the new surroundings. 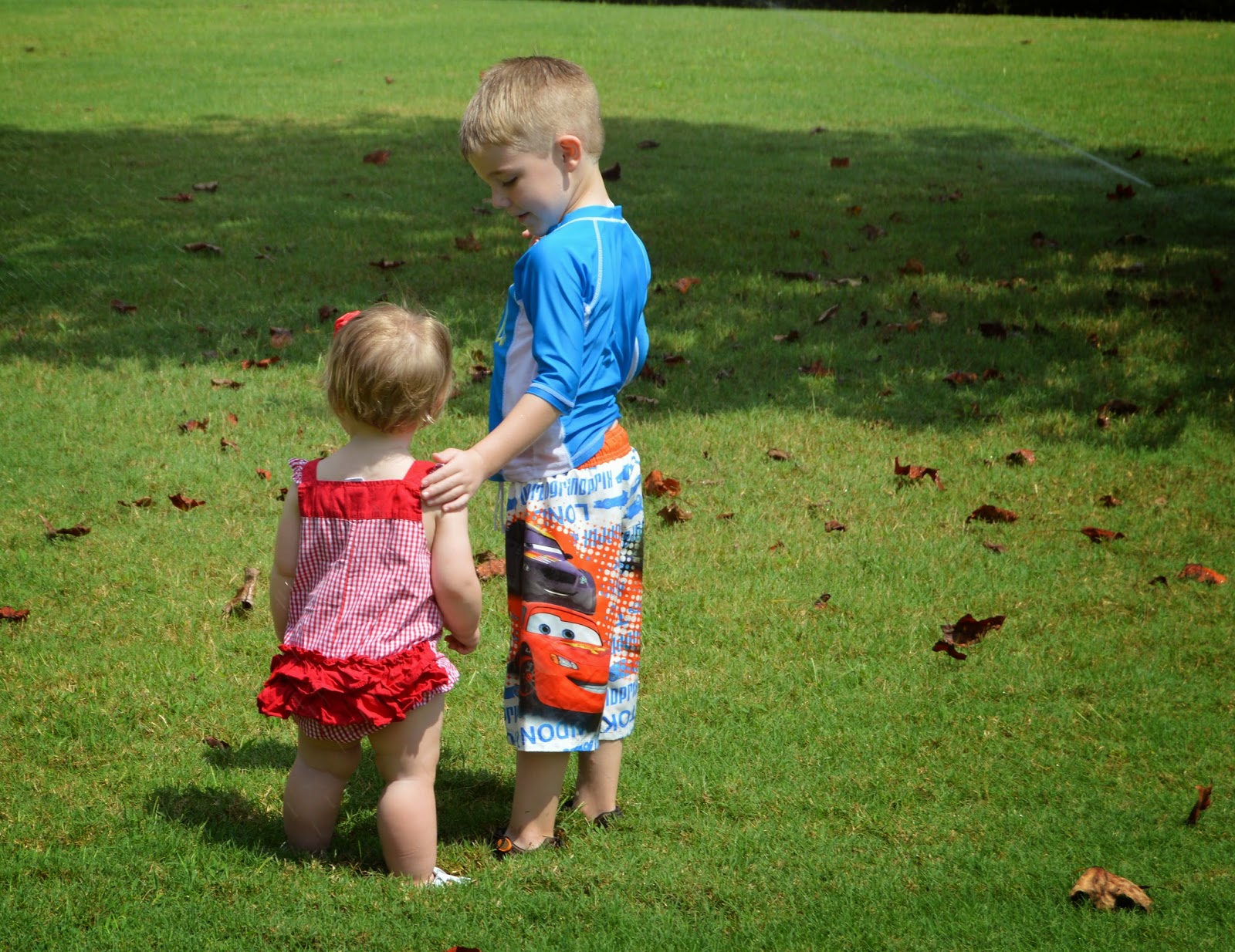 And then there is our three year old on the Spectrum, who is trying to adjust but does not yet seem to grasp the permanence of our move.  He often asks to go see our favorite places in the state from which we just came.  He talks about going back to another home and seeing his favorite therapists and teachers as though we could hop in the car and be at his old school in five or six minutes.  All the while he is meeting new teachers and therapists, all whom he seems to like very much.  Liking his new teacher and classroom have not made drop off any easier, though.  He is fine with going into the building and enjoys looking in all of the other classrooms, but he freezes up when we get to the door of his classroom.  All of this week he has thrown himself down in the hallway and then I pick him up and physically hand him over to his teacher.  She takes him in and closes the door.  He likes all of the children and is always smiling ear to ear when I pick him up.  I know the school is a great fit for him and his brother as they have been incredibly accommodating, but there is this obstacle we have to get past every morning before he can relax and start playing and learning.  I wish I knew what the obstacle was.  We discovered the bathroom that he hated and was terrified of had nothing to do with the transition or the process of going to the bathroom, but instead it was the room itself.  The bright blue on the walls, the subtle buzzing of the fluorescent light, or the shape of the room did not suit him.  When they took him to the bathroom down the hall he had no issues going in.

So, the school is learning him and all of his tics and likes.  He has started therapy at the school and behavior therapy at home, but is still on long waiting lists for outpatient speech and occupational therapy.  His speech therapy evaluation showed he qualified and needed once a week outpatient therapy, but then in the following paragraph said he was added to a waiting list and they would let us know when a weekly appointment is available.  This seems to be a game we will have to play each time we move and, frankly, I'm sick of it.  We are now looking beyond our city and hoping that we can get him in sooner if we make a twenty minute drive every week.

Many will ask, why go through the pain of finding providers and dragging him to therapies every week, he seems to be doing fine?  But we have seen what these therapies can do for him and his responses for speech, sensory and feeding have all been very concrete.  For the most part, even without Occupational and Speech therapy, he is maintaining and not losing very many skills, but he is not gaining at the rate he was last year.  He still tests developmentally between the ages of 2 and 3 when he is almost four.  I realize therapy is not for everyone on the spectrum and not all children respond to it, just as mine has not shown response or improvement when we have tried diet changes and other homeopathic methods.  Just as all children on the spectrum develop at different rates, they respond differently too.  I recently read an article written by a woman whose son has "beat autism".  She laid out a situation in which her and her friend both had sons on the spectrum that were the same age, both used ABA therapy using the same methodology and saw completely different results.  Her son overcame nearly all of his autistic tendencies while her friend's son regressed further into his own world.

The whys and hows of autism are incredibly important, especially if there is an exposure we are missing that is at the root of the cause.  But for our family, we are pressing forward beyond the whys and hows and onto the what next?  We know what works for our son and we will move mountains to ensure he has access to the therapy and instruction he needs. 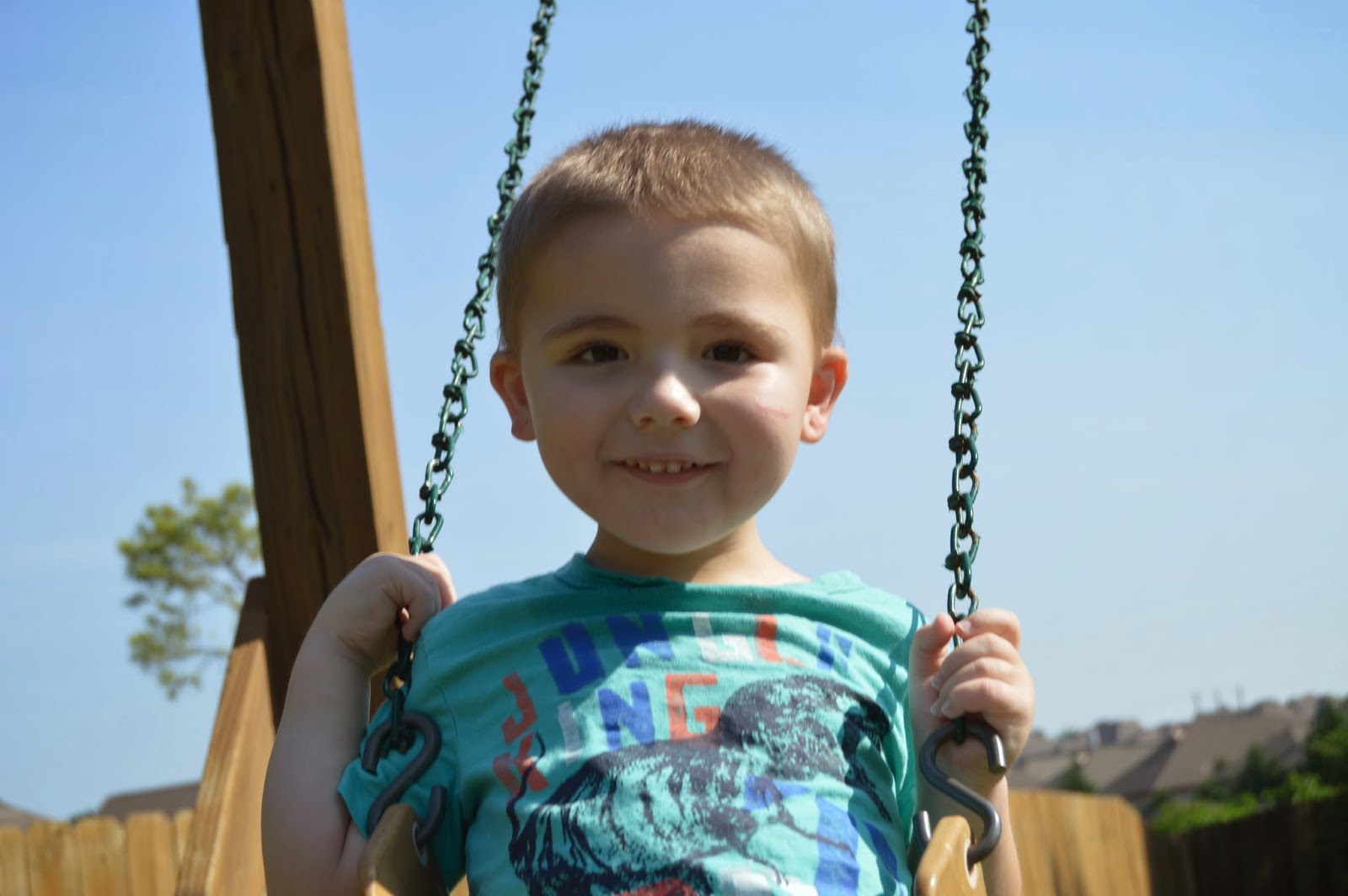 And when you brush all of that away after the dust settles you have this perfect little boy that can floor you with his gifts, stun you with his smiles, and bring you to tears of laughter with his logic.  Beyond the daily struggles he plows through, there is this amazing intellect and sweetness; an excitement for the little things in life that cannot be matched.  While we still must meet the challenges of autism everyday, we are learning that we are along for a ride, and life is so much more enjoyable when you embrace the journey.