Too Real and Too Tired For Nice 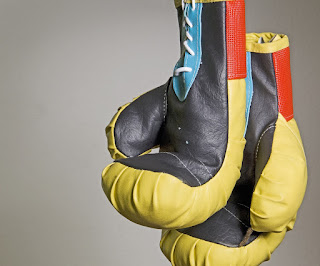 This morning while trying to drop off my child at school I stood in the middle of an office and watched him flail his body, try to throw things off desks and lunge at myself and his teachers.  While office staff looked on gaping and his teacher tried to separate his body from mine I heard him screaming he was going to kill us all.  Damn.  Did reading that hit a nerve?  I'm sure it did for all of them too.  Every time he screams terrible things that he has far too little cognitive ability to comprehend, I wonder if today will be the day that something he screams will get him arrested or shot.   That's our reality.  That's our autism.  I am scared to take him to stores.  The last time I had to carry him kicking and screaming out of a store the police were called.  They thought I was kidnapping him.

And the harder part is that when people think of autism they usually think of nonverbal or Asperger's.  They don't think of what a verbal meltdown brought on by anxiety or overstimulation could look or sound like.  Every time I am handling him and trying to keep his body safe in a parking lot I'm worried a video of it will end up on Youtube with a caption "Kids these days are assholes..."

And because this is our reality it gets really hard to care about anything else beyond the basics when everyday feels like a battle.  I am worried how this will go down when he weighs more than I do.  I worry how it will be perceived when developmentally he is eight but his body is sixteen.  Many days every ounce of my being is poured into trying to ensure he has the highest quality of life, trying to ensure he meets his highest potential and trying to keep him safe.

So, if he loses therapy because of an insurance issue or loses mental healthcare due to a coverage issue, I'm going to be a bitch to every person I talk to who failed him in that process.  If he spirals out of control and has to be institutionalized because he was not given access to what he desperately needed, I will knock down every door and blaze every trail to make sure he and others have access to it in the future.

If there is a school safety issue and my kid's safety is at risk, I don't care how much good your school has done for him educationally.  Autistic children die in this country every single day due to seemingly insignificant oversights.  Safety oversights KILL OUR CHILDREN.  It is a BIG deal.  And if I don't feel like you understand it is a BIG deal I won't pull any punches when we discuss it.  And if you think I'm a mean, ungrateful parent so be it.

After nearly two years of a doctor telling me he'll grow out of it or it's just a phase I learned the hard way that professionals do not always know better than parents.  Now, if there are doctors or therapists who will not listen to our concerns I make my point louder and clearer and if they continue to ignore me, we move on to someone who will listen.

Overall, I try to be a nice person, but there are times when I am too fed up, too tired and too worried for nice.