Off Meds and Scared Shitless 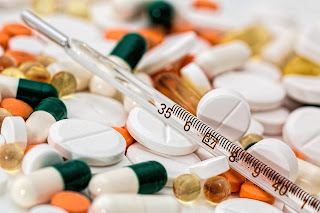 It's been awhile since I've written.  In fact, it's been so long that my last post adamantly defended our decision to medicate our son.  Between then and now there have been some pretty major developments.  We've moved across the country.  We've started a new school.  Our therapy schedule has been turned upside-down.

But, overall, he's done well.  A new school schedule has meant he's getting up at 5:45 to catch the bus.  It was such a hard adjustment.  So hard that he was regularly falling asleep in school for large chunks of time.  We asked his psychiatrist about lowering his meds. He was on board.

As we lowered them I saw some positive changes.  We wondered if we are in a place now in which he would do better without meds.  After all, he's had countless therapies and has progressed amazingly with coping and communicating.  We have been down this road before but I seldom talk about it.  Because the positive changes of reducing meds were followed by a terrifying fallout of psychosis, aggression and self injury.

And I was filled with guilt for taking him off or for putting him on them in the first place....I wasn't really sure.  And then different meds were tried instead to help him cope.  None helped.  So he was put back on an antipsychotic and I cried.

I know what we say about medication and stigma.  It's alive and well.  But this grief was so much more than that.  It was a grief that acknowledged that this is my child off meds and he cannot function, he's miserable in his own skin.  And it's a heavy reality.

So, there you have it.  And I haven't said it out loud because I feel like it will be perceived as though I did the wrong thing putting him on it then.  Or we did the wrong thing taking him off of it now.  Or I will be eating these words in a month when we realize there is no other way right now.

But I have to talk about it because I want you to know there may be a season in your child's life in which medication is a godsend for their peace of mind and ability to function.  There may be another season in which they thrive without it.  This is not an "I've see the light and medication is evil" post. Not by a long shot.  For a time it saved his life, it saved his family. It may very well be a necessity again.  As he's gone off of it I've asked him everyday, "Do you feel happier?  Do you feel more in control?  Do you feel out of control?  Do you feel too fast?  Do you feel too slow?"  And he can answer. And I know that's a luxury not every family has.  They were the same questions I asked him when he went on meds or when we changed meds.  I just want to know what's best.  I want to read into his actions and listen to his words and just do what's best for him.

If you get nothing else out of this piece please know this: the decision to medicate is not taken lightly.  Nor is the decision to stop a medication.  We know the gravity of these decisions.  They weigh on us every minute of everyday.  Right now it's hard, but we're okay.  And I think it's the right call.  A month from now I could hate myself for making this decision.  I wish to god we all had a crystal ball.  But we don't.  We love our babies and will move mountains to help them feel whole, regardless of which path gets them there.