There are some places that I expect to have to muddle through outrageous claims and advice about autism.  Facebook is one of those places.  Autism parents are constantly bombarded with advice on how to best help or even "cure" their autistic children.  These opinions are sometimes confined to autism parent support groups in which each parent is giving and getting advice on the best way forward.  Other times articles are posted on our walls by well meaning friends who don't know much about autism, but think that something that helped a friend of a friend or a kid on a talk show might help our kid too.

For parents new to a diagnosis and the world of autism, the amount of advice, recommendations and even condemnations are dizzying.  As we stumble through, some of it we will internalize and work to make useful for our lives and our own children.  Some of it we will blow off as a total quack method or nonsensical voodoo that was most likely thought up by someone trying to make a quick buck.  Some of it we admit could work for others, but we know it's not the best way forward for our child. 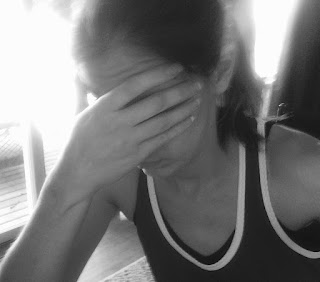 Bottom line: we figure it out.  We go through our internet interactions wearing our autism armor, only taking advice from sources we trust and people we have vetted.

Sometimes people with the best intentions get sucked in to pseudoscience and false promises out of sheer desperation.  Because this is a known pitfall, most of us are appreciative of the advice we get from our autism internet support networks, but we leave the big decisions between us (the parents) and our child's doctors, specialists and therapists.

Seems like a legitimate approach, but imagine our surprise when some of the "professionals" with whom we consult turn out to be just as disillusioned as all of those confused internet gurus.  It happens.

A friend of mine with a son on the spectrum who has gone back and forth for a year at a certain medical facility trying to find the right specialist, get an appointment with the specialist, find a way forward for her son with the guidance of a specialist thought her luck was finally changing when she finally got him in to a child psychiatrist.  Up until that time her severely autistic son had seen a pediatric neurologist, ABA therapists, general practitioners, OTs, STs, PTs, etc.  Even with all of that she had been told his regression was again in full swing and therapy would only do so much.  Her concern at this point was treating the mental health comorbidities to help him have more successful days.

Hopeful that this new set of eyes would be helpful in managing medication and recommending a way forward, they went to the appointment.  Much to my friend's shock and dismay, the doc pulled out a book written by Jenny McCarthy and a doctor who should probably have his medical license revoked.  To anyone who doesn't know, McCarthy claimed her child was autistic, started a foundation, headed the anti-vax movement in the states, and later said her child never had autism.  Her foundation advocates healing autism through homeopathic methods and does not recognize autism as a genuine neurological difference.  The doc my friend saw told her to monitor what her child ate and look into chelation therapy (a therapy used to the remove toxins that is not FDA approved and would not be recommended by any doctor in their right mind).  After rolling her jaw up off the floor, my friend left the office, had a good cry that another doctor was no help and moved on.

I think the terrifying part is that this is not an isolated incident.  As healthcare coordinators for our children with autism we are constantly wading through bullshit from professionals and support systems alike and we're tired.  From the general practice doc who won't recognize our child is autistic because they can make eye contact to the psychologist who says regressive autism is a figment of parents' imaginations.  From one psychiatrist who says a medication must be weaned off to another who says the same medication can be used on and off as needed.  From one ABA therapist who says extinction method is the only way to truly stop a bad behavior to another who claims extinction is dangerous and should rarely be used at all.

We get advice from strangers on the foods our kids should or shouldn't be eating.  I've actually had someone tell me red dye was to blame for my child's autism in the middle of a meltdown.  We face the overzealous essential oil consultant who claims by not using oil on our children's throats we are damning them to a life of silence.  We have been told over and over a certain center, a certain regimen, a certain diet, a certain whatever will "recover" our child.  And while we are inundated with advice, most of which we did not even ask for, no one seems to consider that we have done our own research.  We have tried elimination diets.  We have hoped certain therapies would make life easier.  We have already heard about the newest thing you're sending us.  We are consumed by this need to help our child and thus are already in the know of any new treatments, new information or new recommendations that come out.  Another minor detail no one seems to consider: tossing around rhetoric regarding cure and recovery is not only misleading, it's insulting.  Advocating recovery is telling an entire population of autistic people they are currently lost and need recovering.

At the end of the day, we look at our kid and know that we know them better than anyone else.  We make all decisions out of respect and love for them and hope that our regrets will be few.  The best way for us to help our kids is to know them inside and out and take all guidance with a grain of salt, no matter the source. But, my God, we are tired and making all of those decisions would be so much easier if we didn't have to navigate through the constant bullshit thrown at us as we try to do what's right and what works for our kid.
at August 23, 2016