Higher Highs, Lower Lows; It is What it Is

As the feedback came in from my last post Please Don't Tell Me Autism is a Gift, there was one critique of that sentiment with which I could not disagree.  Some said that while they did not think it was a gift, it had opened their eyes, made them appreciate the small things and gave them perspective.

Am I saying I am thankful my son goes through everything he does so that I may come out the other side enlightened?  No, absolutely not.  I would not wish his challenges on anyone for any reason.  I just wouldn't.  For me, autism is not a blessing, autism is not a curse, it just is what it is.

But just as I shared some of our struggles to give the outside world a peek into our daily lives, there is another aspect of this life that I find important to share to offer a more holistic view of this journey.

I would argue that we experience higher highs and lower lows as parents of children on the spectrum (or any special needs children, for that matter).  I can't really describe to you the feeling when a four and a half year old uses a spoon efficiently for the first time.  Remember how excited you were when your one year old used a spoon?  Now imagine how much more intense that excitement would be if you had waited four times that long to see it happen.  Not only had you waited, but you had worked and your child had worked tirelessly to make it happen.  We worked with an Occupational Therapist to try to teach the coordination it takes to scoop up food and get it into his mouth without spilling it everywhere. We practiced at most meals even though he preferred finger foods.  He often would not stabilize the bowl, he would get frustrated when the bowl would push around on the table and as he would raise the spoon to his mouth he would always flip it and lose most of it.  Then if any of it got on him he would have a full out meltdown about something messy or wet touching his skin or even his clothes.  I'm not going to lie, my heart soars every time I watch him eat independently, something I honestly took for granted with our oldest.

After so many hours of speech therapy and so much effort at home, listening to him form a sentence is almost magical.  There were so many times when he didn't have the words.  There have been so many heartbreaking instances when I would look into his eyes and feel like he is trapped inside himself.  Hearing him convey his fears, express his needs, voice his feelings; in those moments I couldn't be more proud of something so many take for granted.

When we have a successful outing (even a thirty minute trip to the grocery store) I feel like I have just run and won a marathon.  Do you know why I post about those good trips, why I sing my son's praises that he was able to handle the lights, the noise, the transitions?  Because we had so many trips that ended with me in the car in tears.  So many half full shopping carts that were left in the aisles because I just couldn't stand the judgmental stares anymore.  So many trips that resulted in entire days of trying to bring him down from the sensory overload.  His tears, my tears, so many tears.  So when we have an outing that doesn't result in tears, you're damn right I'm going to celebrate!

And the nights...I can't really describe how hopeless I have been during the bad nights.  Not just nights when he was up and talking and I wanted to sleep.  Not just the exhaustion.  But so many nights we had meltdowns, screaming, self injurious behaviors and times when he would go after me.  He wasn't asleep, he wasn't awake, he was short circuiting and could not make sense of all his body was going through.  On those nights that seemed to last forever, I have never felt more alone.  But now, even though he never sleeps through the night, he gets up once and usually goes back to sleep within an hour without incident.  That might not sound like a good night to you, but I cannot even express how grateful I am for six hours of sleep and a night without him going through the trauma he used to.

Higher highs and lower lowers apply to our view of the future too.  After receiving the diagnosis and the prognosis, I mourned for the life he will not have.  I don't know that he will ever play a sport, live on his own, go to college, have a family, or have a job.  That is a heavy realization to have, one that continues to weigh on us everyday.  But even in that mourning there are glimpses of hope.  With every little bit of progress with language, with every new skill mastered, with every academic achievement, my heart smiles and I am so hopeful for the progress that lies ahead.  But, frankly, having witnessed him so fearful, so miserable, so pained; simply seeing him happy on the good days is enough to bring me unmatched joy.  I know with a lot of hard work and resilience the rest will fall into place and we'll be okay.  Even if that okay looks different than I thought it would. 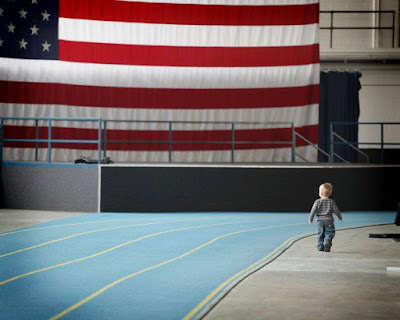