Over the Christmas holiday we decided to enlist the help of one of our Christmas decorations to promote good behavior with our oldest son.  Very much an Elf on the Shelf tactic, but we didn't spring for one of those this year.  Instead, we have a rustic snow man that holds two little blocks to countdown to Christmas.  It started out simple enough.  Our oldest son was being a little crazy and not listening one day and I told him that he needed to behave or Santa would not bring him any presents.  When we were kids, it was enough for our parents to say, "Santa sees everything you do, so be good!" That was not enough for Brennan, though.  He asked inquisitively, "If I am here and Santa is at the North Pole, how will he know when I am being bad?"

Instead of taking the magical route, I went with the technological approach.  Our children, after all, are pretty up to speed on the latest technology these days.  So I informed him that there was a webcam in the snowman's head and it would Skype a live video feed back to Santa at the North Pole.  This answer was sufficient for him and for the most part we saw drastically improved behavior leading up to Christmas.

Our youngest son did not understand the concept of being good for an upcoming day.  As everything for him is happening right now and he can't even really grasp the idea of tomorrow, much less behaving well for a month in order to have a reward of presents.  Evan absolutely loved all of the Christmas decorations, but the concept was lost on him.  He most loved trying to take every single ornament off the tree and throwing the countdown snowman on the floor a hundred times a day.

This worried our oldest son...A LOT!  "Mom, Santa is not going to bring Evan any presents, he sees him throwing this snowman down over and over again.  He is going to be on the naughty list for sure!" I tried to explain to him that Evan doesn't quite understand consequences yet and really does not even know that throwing the snowman down is a bad thing, he is just very excited by all of the decorations and doesn't quite know how to handle it.  I assured him that Santa would probably understand.

So this had become the normal conversation every time the snowman was tossed to the floor.  Until one day our oldest instead said, "Oh, Evan, I know you don't know why you do that, but Santa knows you have autism, so I hope you get presents anyways." 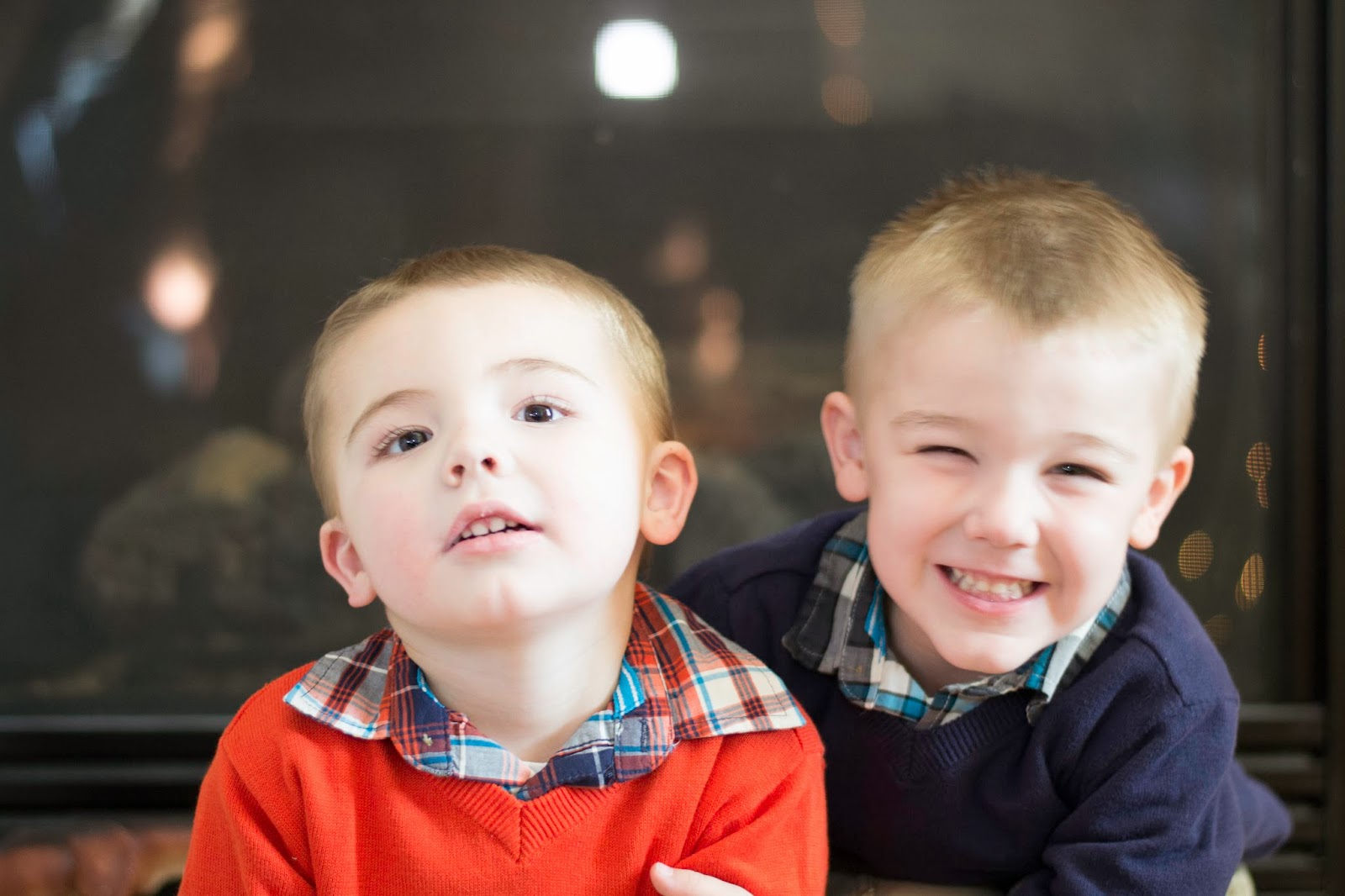 Just in case Santa did not already know, he then took it upon himself to prop up the snowman and explain Evan's situation to Santa.  It was one of the sweetest big brother moments I have ever seen.  Almost like he was defending his little brother's case.  "Santa, Evan just has autism, he doesn't always know what he does and he does stuff before he thinks most the time."  For a just turned 4 year old I thought this was a rather accurate analysis.

He does not overcomplicate Evan's issues, but he frequently has to overcome boundaries that autism presents to our entire family.  He tries to play with Evan and wants to engage him, but Evan will misinterpret his signals and thinks he is trying to take the toys he is holding.  So Brennan's prompting for play is often met with him getting hit by a dinosaur.  It doesn't stop him from trying though and he rejoices in Evan's successes right along with my husband and myself.

The innocence behind his questions and comments about his brother's autism will melt your heart and for me, they have taught me more than I could ever read in any book.  The other day, Evan said a wonderful sentence and asked outright to watch a very specific movie, even naming the characters.  Brennan jumped up and down and exclaimed "Evan, you know their names, you know about the movie, you're starting to not have autism anymore!" 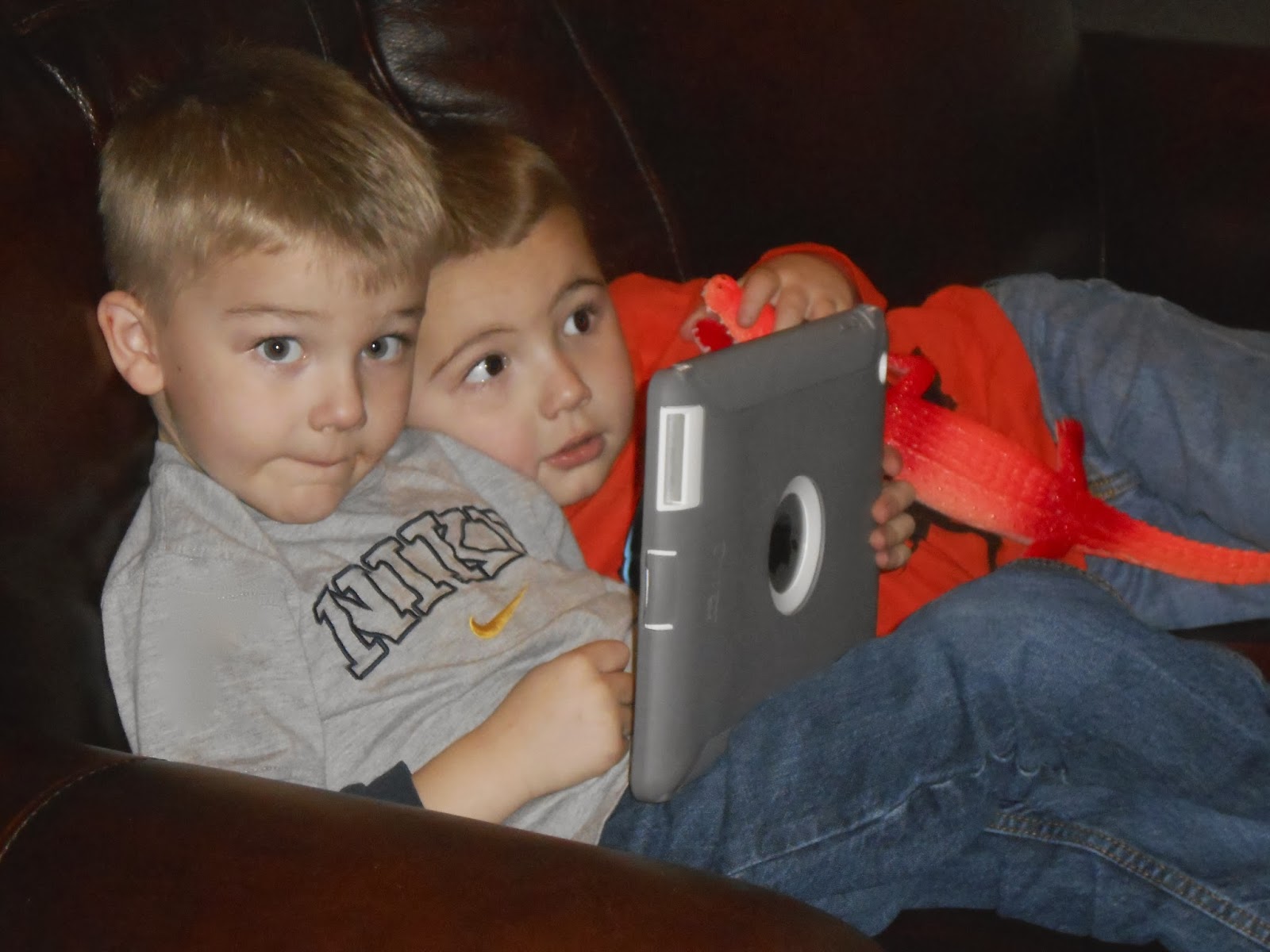 He sees his brother growing and overcoming challenges, and he hopes it will go away so that he can play with his brother and his brother will always respond when he talks to him.  It's his heart's biggest wish and it comes up very frequently.  He knows his brother is different and he is okay with that, but he wishes it was not so hard for him to understand and communicate.

He asked for power rangers for Christmas and made an extensive list of toys just like every other kid.  But a few days before Christmas he walked up to the snowman and said "All I really want for Christmas is for Santa to take my brother's autism to Never Never Land so he will never have to deal with it again."

All of these comments and with all of the attention we sometimes have to direct to Evan, I know he wishes it was different.  He asked if his sister will have autism when she is three or if she will be able to understand him and play with him.  It moves me that no matter how much he gets ignored or chased away, he will always ask Evan to play with him and there are moments where he breaks through, like only a sibling can.  That little boy lives for those moments.  He tolerates listening to screaming at night and usually just turns over and covers his head.  He tolerates having to give up a toy he had first if his brother desperately wants it and cannot be consoled.  He usually stays very calm when his brother destroys a city he's made out of blocks.  He may not completely understand, but he gets it and has matured a lot because of it.

His little baby sister will get it too.  For right now she loves to watch her brother run in circles or rock and sing.  Her face lights up when he talks to her.  They seem to have their own little special connection.  Evan does not really understand soft touch or that he is bigger than she is.  He is working on it, though.  More than once has he said very sweetly, "Sit on baby's lap," as he tries to sit on her while she is sitting in her bouncer chair.  We have obviously had to watch him very closely, more like you would handle a one year old with a new baby.  But he is learning and will try to kiss her and hold her hand.  He has even shared his beloved dinosaurs with her on a few occasions, but then of course quickly takes them back claiming they are too big for her. 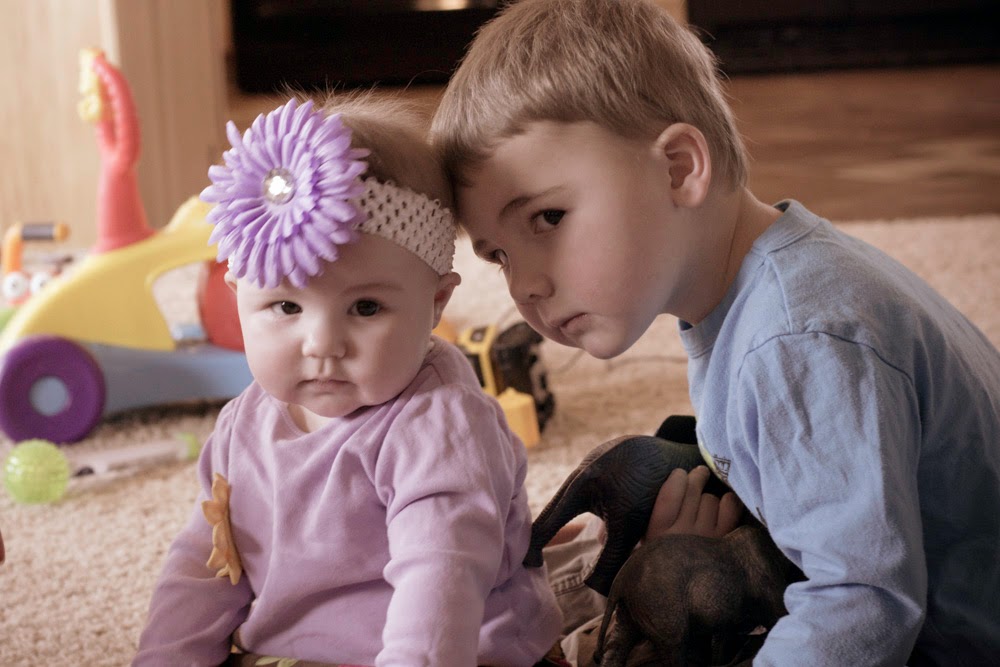 I am so grateful that Evan has siblings that will always watch out for him.  And with all of our moves I know the boys will always have a builtin best friend.  I think his siblings probably understand him better than I ever will.  Even though they may have to grow up a little faster to cope with the challenges our family faces, I know it is building character and shaping them into individuals who will not only accept people's differences, but embrace them.